CBD is an abbreviation for Cannabidiol, a molecule found in the resinous hairs on the leaves and flowers of the cannabis plant (Cannabis sativa L.). CBD has been taking the marketplace by storm, being consumed by people for relief from pain and stress, to facilitate sleep and a host of other uses. According to an article in Forbes, the collective market for CBD sales in the U.S. will surpass $20 billion by 2024. According to a humorous bent by The New Yorker, one of the side effects of consuming CBD is saying, “Oh, my God—WHAT?!” when other people say they haven’t tried CBD.

CBD belongs to a group of chemical constituents known as cannabinoids, of which over 100 have been identified. CBD is a non-psychoactive constituent of Cannabis. In other words, CBD will not get you high. It will not alter your brain to change the way you feel, think, or perceive the world. Besides, CBD, the other cannabinoid in Cannabis that is well known is THC (delta-9-tetrahydrocannabinol). THC is the major psychoactive compound in cannabis. THC is the component of cannabis that affects perception, mood, consciousness and/or behavior.

What is the difference between marijuana and hemp?

Cannabis plants can be separated according to their THC content into two groups: drug plants sometimes called marijuana and fiber plants called hemp. Drug plants may contain 10 to 15% THC and relatively little CBD. In these plants a ratio of 50 parts THC to 1 part CBD is common. Those cannabis strains containing THC levels of 0.3% or less are defined by the United States government as hemp plants. These plants were originally cultivated for their fiber content and for the nutritional value of their seeds. Now the hemp plant is a popular source of CBD.

What is the difference between hemp seed oil and CBD oil?

There is an important distinction between hemp seed oil which is produced by cold pressing of the seeds and CBD oil (CBD extracts) which are made by extracting cannabinoids and other molecules from the leaves and flowers using alcohol. Hemp seeds themselves do not contain cannabinoids. However, hemp seed oil may contain a small amount of cannabinoids due to contact between the seeds and the resins on flowers and leaves and/or the presence of plant material among the seeds. Hemp seed oil is a product high in nutritional fatty acids, including omega-6 fatty acids (e.g. linoleic acid) and omega-3 fatty acids (e.g. alpha-linolenic acid). In contrast, CBD oil or CBD extracts contain predominately CBD with varying amounts of other cannabinoids, flavonoids and other chemicals present in the cannabis plant.

What about using CBD as a drug for epilepsy?

In June 2018, the U.S. Food and Drug Administration approved of CBD as a drug (named Epidiolex) as an oral solution for the treatment of seizures associated with two rare and severe forms of epilepsy, Lennox-Gastaut syndrome and Dravet syndrome, in patients two years of age and older.

What are other uses for CBD?

There are many other therapeutic uses for CBD based products, which are sold in a variety of forms, including oils and capsules. Uses of these products, which are not FDA-approved, include epilepsy, cancer, AIDS/HIV, anxiety, arthritis, pain, and post-traumatic stress disorder (PTSD). In addition, CBD is being used in skin and beauty products such as skin creams and shampoos.

How safe is CBD?

An important distinction of CBD from THC is that no abuse potential has been identified with CBD. The safety of CBD is currently being evaluated by scientists and by the FDA. The FDA is currently working to determine the maximum recommended dose. The best approach is to use the smallest dose that meets your needs.

One complicating factor in evaluating safety is the many different forms of CBD available in different strengths and different doses. By only using CBD products that have been analyzed for the absence of contamination and tested for the amount of CBD per dose, you increase your chances of safe use. 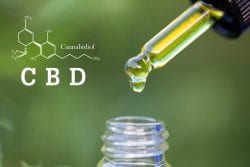 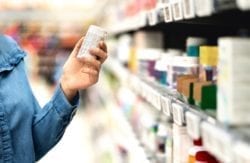