Why did you choose to take a remedy? Did you hear about an herb on the web, in a magazine or from a friend? Maybe you heard that ginkgo might help with your tinnitus or valerian might help with sleep. However you heard it, the source of the evidence for benefit can be divided into traditional use or scientific evidence.

Traditional indications have as their basis, years of trial and error. That is, many people over decades or centuries, using a particular remedy found relief from their symptoms. Examples of traditional Western remedies are chamomile flower tea for relaxation, peppermint leaf tea for indigestion and valerian root tea or tincture for sleep.

Traditional culminated knowledge is often noted in herbals and materia medicas specific to a group of people. For example, use of plants by Native Americans has been documented in Daniel Moerman’s Native American Ethnobotany and the use of Traditional Chinese herbal remedies is described in Dan Bensky’s Chinese Herbal Medicine Materia Medica. Traditional uses are also described in monographs published by the American Herbal Pharmacopoeia, Health Canada, and the European Medicines Agency.

So, if your expectation of benefit is based on tradition, take a product made in the traditional manner. Drink a tea or take drops of a tincture. This practice will increase your chances that the chemical profile of your remedy is similar to the traditional product, making it more likely that the benefits will be similar.

If the benefit is based on science, this means that a specific preparation has been tested according to established research methods. That is, posing a question to answer and then acquiring data through a series of experiments that either support or disprove the assumption posed in the first place.

For example, researchers have asked if a concentrated extract of the ginkgo leaf might help with memory in dementia patients. Once the question has been posed then the clinical experiments can be designed. An important part of this process is to remove bias. This is the reason that the researchers conducting the study are blinded as to who receives the test agent or placebo. It is also the reason why the volunteers taking the test agents are randomly allocated to different test groups.

Getting back to our example of ginkgo, a review of clinical studies looked at 15 clinical trials that explored the potential benefits of a specific concentrated extract of the leaf for treatment of dementia. The study subjects were given either placebo or doses of 120 mg or 240 mg per day of the defined extract named EGb 761. Efficacy was assessed using validated tests and rating scales evaluating mental function and ability to participate in the activities of daily living. Statistical analysis of the results indicated that EGb 761 was significantly better than placebo. The extract tested, EGB 761, is a highly concentrated extract of the leaf (50 times concentrate) with specified levels of certain chemical constituents (24% flavone glycosides and 6% terpene lactones). If you wanted the benefits described in the clinical studies you would want to take this preparation.

There are dietary supplement products on the market containing powdered ginkgo leaf. At first glance you might think this is a traditional preparation. Ginkgo is native to China and the Chinese traditionally used preparations of dried, steamed seeds to improve lung function in asthmatics and those with upper respiratory infections. The use of the leaf is a modern development. Powdered ginkgo leaf has neither the backing of science nor tradition. So, look carefully at the label next time you buy an herbal supplement containing ginkgo.

Going back to that advice you received from a friend or the tip in the magazine – do you know the source of the information on effectiveness? Is the expectation of benefit based on tradition or science? What is the description of the product used traditionally or in the clinical trials? The chemical profiles may be different and so may be the benefits. 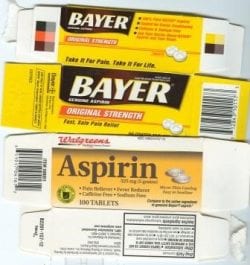 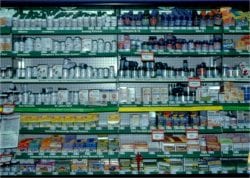 Why take an herbal remedy? 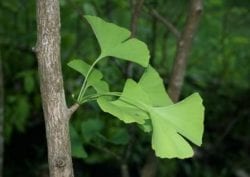 The Common Name is Not Enough